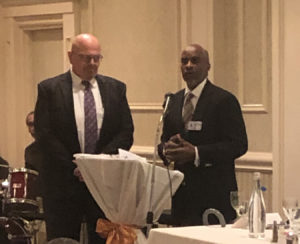 of Resilience award.   A two-time survivor of cancer and a father of five children of whom he was awarded full custody in 2006, Greg is always there for his children.

In Greg’s words: “Acting as both father and mother, I raised my five children single-handedly, ensuring they did their chores and homework, and being there for them when they needed me.  I was determined to help my children heal and grow into well-adjusted adults. That meant being the best possible father and a great role model. I wanted to show my kids how to live their convictions of commitment to family and community.” 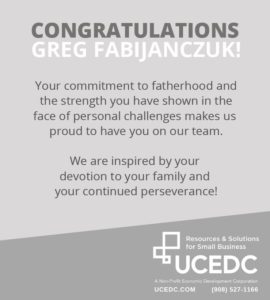 The Union County Fatherhood Initiative Coalition celebrates fatherhood while underscoring the importance of being a role model for children and the community. They “emphasize the importance of fatherhood by bringing awareness, educating some while reminding others, to think about the impact they have on the lives and future of their children.”