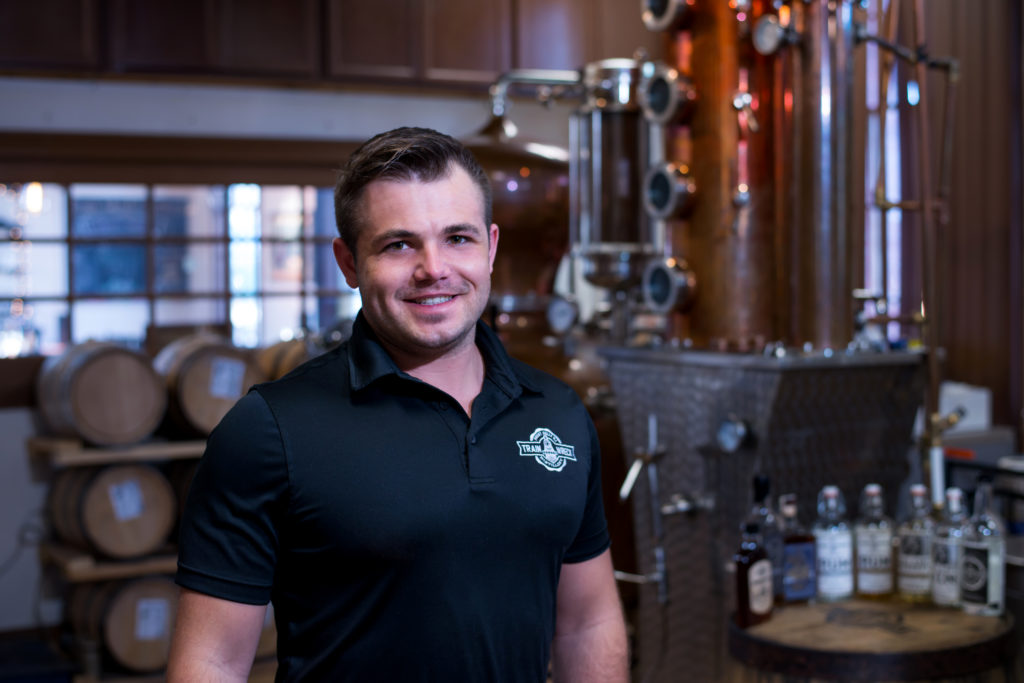 Aaron Diamond has never worked for someone else. At 15, before he could even drive, he started selling cars. And while he was still in high school, he took UCEDC's Entrepreneurship 101 course. Five years later, Aaron now owns Train Wreck Distillery, located in Mount Holly, New Jersey. A craft spirits producer, Train Wreck, is one of about 25 distilleries that have popped up throughout the state in the last five years, in this expanding market. With their alcohol now in nearly 400 stores throughout the state, and plans to expand into New York, Delaware, Pennsylvania, Florida, and Canada, it's clear that what began as an interesting pastime with his departed grandfather, has become a growing success. In fact, Aaron and his father David recently purchased a large building in Mount Holly and a 1500 gallon still to ramp up international and domestic distribution. At 23-years-old, with an endless ambition that has taken him across the world in pursuit of learning about spirits and exploring flavors, we look forward to seeing where Aaron is in five years to come.