We are proud to announce that Juliet Foster, a veteran of the United States Air Force, has joined UCEDC’s Diversity Advisory Committee. 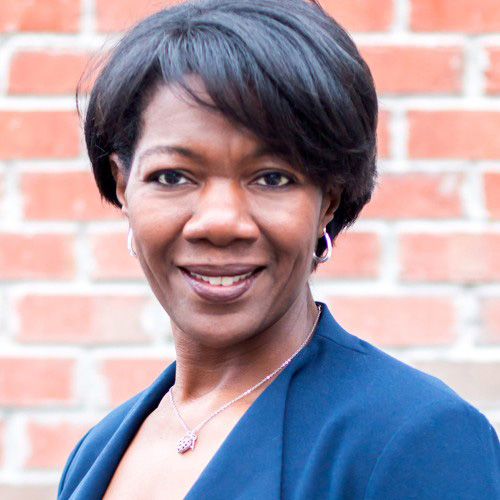 In 2019 Juliet rode 849.1 miles to help raise funds for New City Kids of Jersey City and was named Jersey City’s 2019 Veteran of the Year. Juliet now serves as the Director of Jersey City Veteran’s Affairs. As the owner of J. Foster Imagery, she has over twelve years of entrepreneurial experience, including photographing UCEDC’s clients for our 2018 and 2019 Annual Highlights publications.

This week, a busy one for the Director of Veteran’s Services, we caught up with Juliet to talk about the career path that led her to her current role and the work she does for Jersey City’s veterans.

Juliet joined the United States Air Force shortly after high school. It was her first career move, and when asked why she joined, she says, “the whole idea of putting on a uniform, serving a nation, doing something to be a part of something bigger than yourself. The challenge of it,” she says, “I thought if I can do this, I can do anything. So that was the biggest part of wanting to go in, the romance of being in this uniform and serving your country. That was exciting to me, as weird as that sounds because there was nothing better than wanting to serve my country.”

Juliet’s path to her current position was long and winding. It led her through many trials and tribulations. When she left the Air Force, she struggled to know who she was outside of her uniform. Shortly after getting out of the service, she was confronted with a new challenge. She was a single working mother trying to figure out who and what she wanted to be and how she could take care of herself and her son Timothy.

One thing that Juliet has been blessed with throughout her career is strong role models, particularly women, who have advocated for her success. What makes Juliet particularly unique is how often she took others’ advice and used it to shape her path. One example of this advice was from her boss Nancy at Eaton Corporation, who motivated her “to go for everything,” as Juliet puts it. She encouraged Juliet to go back to school, get her education, and become more. Nancy said, “Do it for your son. And that was the trigger. You know, whatever I do, I’m going to make it for this kid. He deserves the best.” This encouragement led Juliet to get her paralegal certification from Katherine Gibbs School.

A couple of jobs later, after confronting a situation with a toxic boss, she was let go and found herself at another crossroads. At the time, she was heavily involved with the church, and her pastor’s wife suggested she take the opportunity to go to college. As Juliet tells it, the pastor’s wife said, “You can either have a degree in four years or be where you are in four years. I think it’s better if you go to school and have a degree in four years.” Juliet continues, “it made sense, so I looked into attending a bible college. Now imagine a black single female single mother who tries to get into bible college in the Midwest. They accepted me, and I moved to Missouri with my son to go to school.”

It was at Baptist Bible College in Missouri that Juliet earned her degree in elementary education. She also found her love for public speaking as she won several speech competitions and in 2001 was awarded the Noel Smith Communication Award. She worked as an educator in Missouri for a couple of years before deciding to return to New Jersey with her son Timothy. She felt he was suffering from his experiences with racism and wanted to return to a place where he felt accepted by friends. So she brought him back home to her alma mater, Morris Hills High School in Rockaway, NJ.

She worked for a while as a paralegal, and at one point, when facing potential layoffs, a supervisor asked her if she could do something else with her career what would it be. Juliet said she would love to be a photographer. Juliet’s father had always loved photography, and she had bought a camera before leaving Missouri, where she had started taking pictures of her classroom and field trips. When someone insisted that a professional must have shot one of her photographs, she was proud to announce it was her own. Upon learning of Juliet’s photography aspirations, her supervisor encouraged her to find a mentor.

Juliet says, “so I called 31 photographers, and they all said no, and the 32nd phone call was a guy named Andrie Jackamets, and he said yeah, I’ll mentor you.” He taught Juliet how to shoot weddings and trained her until he felt she was ready to go off on her own. She started J. Foster Imagery in 2007.

When asked about her experience as a photographer and entrepreneur, Juliet says, “You know I say to people I might not have made a million dollars, but it was the happiest I had ever been because it wasn’t about money. I did run that business for thirteen years. I got to meet and connect with so many people through my photography. I started a networking group, joined the Hudson County Chamber of Commerce, and started their breakfast club. It became this drive to use photography to meet people to start conversations, and I met so many different people that it just kept me going. Now, I have so many different connections to the most fabulous individuals that are a part of my life. The business relationships that I have developed and built, created openings for me to get in doors that I wouldn’t have normally been allowed to walk through.”

On June 21, 2019, Juliet set out to bike 849.1 miles from Jersey City to Grand Rapids, Michigan, on an 11 day ride to raise money for New City Kids. In some ways, that life-changing and reaffirming journey led her to her current role with Jersey City’s Department of Health and Human Services Division of Veterans Affairs. In fact, it was her current Supervisor Stacey Flanagan and Juliet’s predecessor Fernando Colon that honored her with Jersey City’s 2019 Veteran of the Year award.

Shortly thereafter, Juliet joined Jersey City’s Division of Veteran affairs as a part-time consultant. She wanted to help veterans transition out of the military because, in her words, “It’s very difficult coming home and figuring out what you want to do, what you can do, and what you’re good at in the civilian world because the language isn’t the same.” So she developed a program to help veterans identify their transferable skills. When Fernando left the organization at the end of 2019, she was asked to be the director. On January 2nd of this year, she was officially on-boarded for her new role as the Director of Jersey City Veteran’s Affairs.

Speaking of her current position, she says, “It’s oddly endearing to be out right now and be a part of, again, a group of people that is bigger than myself. Exactly what I was looking for is exactly what I got with this job.” As Juliet reflects on her path and her current role, she says, “All through these years of being a photographer, it’s almost like the universe said, ‘keep doing that because that is going to be the catalyst that brings you to your next level.’ And I say to people that I meet, that this job that I’m in right now, where I’m at, it’s everything I have been, everything I am right now, and everything I aspire to be.”

It’s clear that Juliet is passionate about the work she does. Her Supervisor, Stacy Flannigan, inspires her. “I look at my boss, and she is truly the leader I aspire to be. She is amazing, and to work with a young lady who is so globally brilliant makes me want so much to get at least a quarter of what she has in her head and put it into mine.”

When asked about the specific work she does with veterans, Juliet talks about the impact of COVID and how she feels grateful for the opportunity to be of service to the veterans who have needed assistance. She is particularly proud of the “Coffee and Conversations” group she has formed. It meets on the last Friday of every month, and it gives the veterans an opportunity to support each other. “They motivate each other,” says Juliet. “If they need to seek help, they encourage each other to get involved in PTSD classes at the VA. They tell each other where things are happening and what things are going on. It’s the most amazing space to live in because you talk about a village of people that help their comrades. It’s amazing to watch.”

In regards to what’s next, Juliet says she really wants to focus on helping the “whole vet” physically, mentally, and emotionally and serve her community. She says, “I’m excited to get back to being a part of the community, and I’m super excited and truly honored by all of the people who have taken the time to identify me in a way where I show up as a leader. I’m new to a leadership space.”

Speaking specifically about her new role on UCEDC’s Diversity Advisory Committee, she says, “I’m grateful to everyone who brought me in with an overwhelming yes to the diversity committee. I am thrilled, and I do pray that I serve well on the committee and that I bring people to the table with me.”

Anyone who knows Juliet knows that she advocates for anything and everything she believes in. We are honored that UCEDC and the services we provide are counted among them. We look forward to watching as Juliet uses all of her life experiences to continue helping those around her in all the ways that only she can.