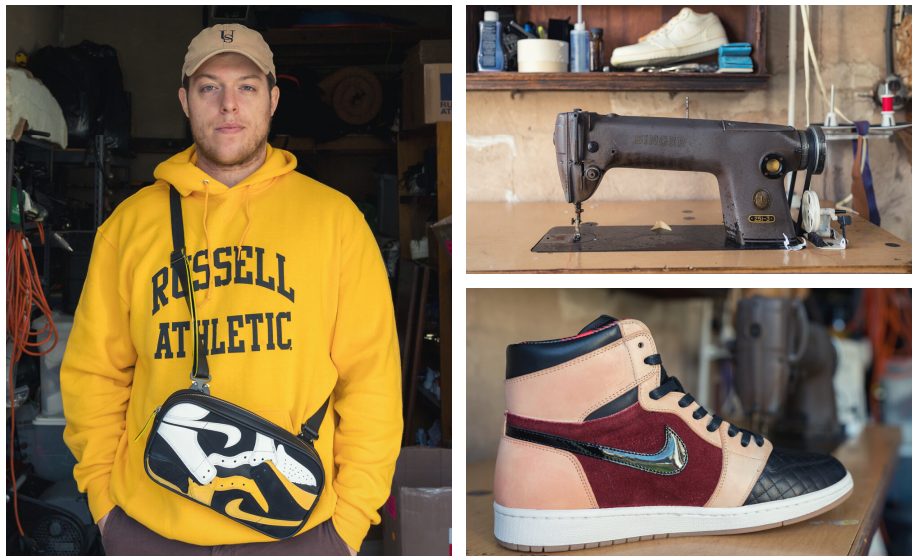 Connor Seltz, the Creative Director and Founder of Ceeze, started the company in 2015. He says he fell into the world of footwear and streetwear in college when he began restoring shoes. The bespoke studio that focuses on making and crafting luxury shoes, accessories, and apparel was born from there.

Connor says he had no idea he would end up being an entrepreneur. In fact, he wanted to be a painter. While entrepreneurship may not have been part of his plan, running a small business has enabled him to utilize the leadership skills and grit from his many years playing team sports. That skillset, coupled with his artistic vision for each product Ceeze creates, is clearly part of Ceeze's success. Mr. Seltz came to UCEDC in search of a small business loan. After applying for loans at several banks that weren't a good fit, Connor was referred to UCEDC.

The Microloan he received helped him with cash flow while payments from clients were still outstanding. He explained that in the fashion industry, the process of working on a project, costs a lot up front, and the payout for its completion isn’t until much later. The loan also helped with the development of new product lines. In regards to working with UCEDC, he said, “It’s just been really seamless. You guys have always been there to help and let me grow at the pace I needed
to.”

Luckily, Connor and his team fared well through the pandemic. He says it was his best year to date. When asked what’s next, he responds, “what isn’t next?” He doesn’t want to pigeonhole the company, but he adds, “shoes will always be our obsession.” He believes sustainability and upcycling are their future. Currently, Ceeze is in multiple talks with various brands centered on turning trash into treasured products.