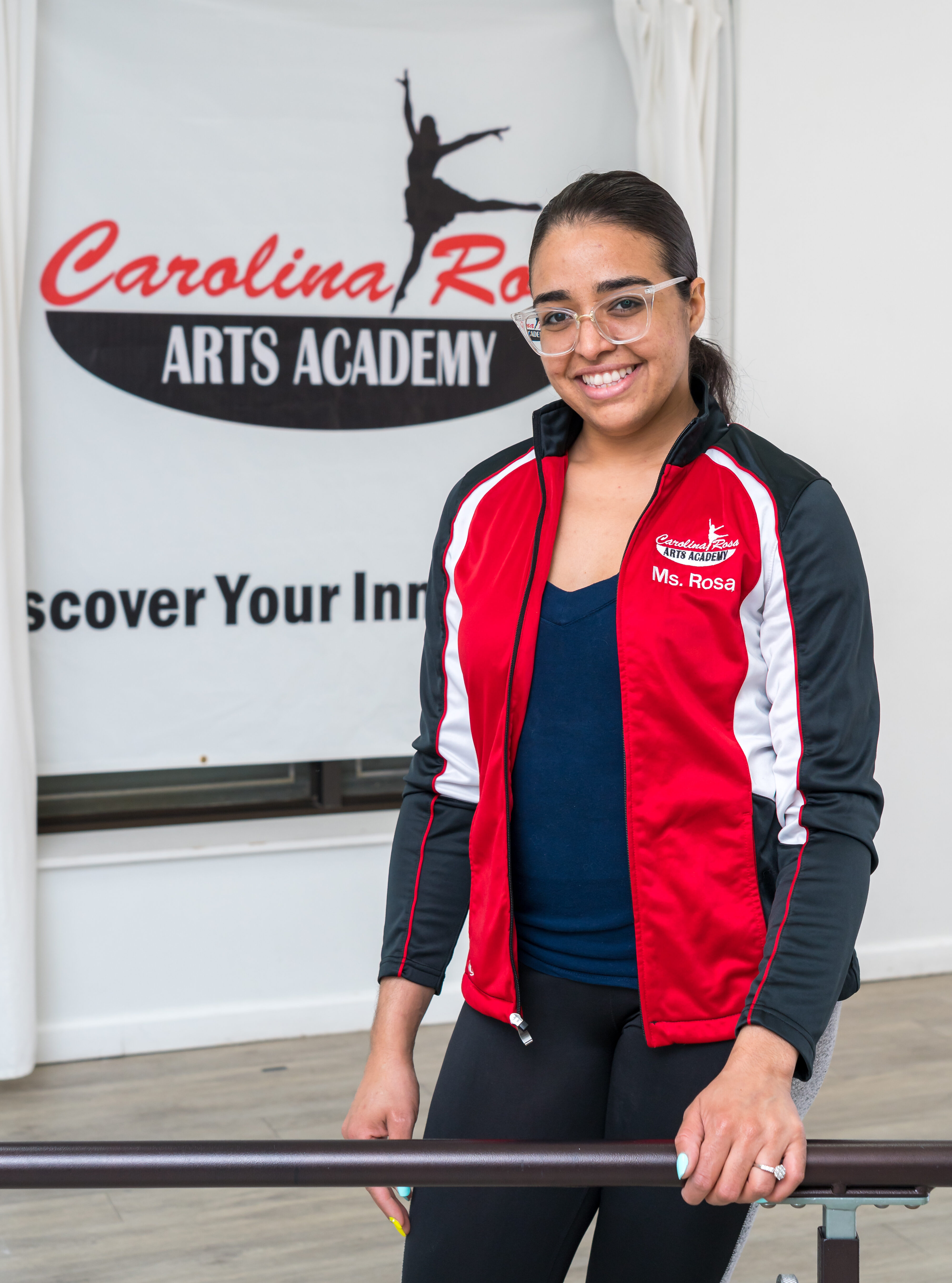 Carolina Rosa always knew she wanted to try running her own business. She remembers being inspired by her old boss, who came to the U.S. from the Dominican Republic. He started out washing dishes before going on to own several successful restaurants. Carolina hadn’t intended on becoming a dance instructor, but after dancing her way to a win at a talent show competition in college, she earned herself a part-time job teaching dance and making $25 an hour. She learned that she didn’t need a degree to earn a good living while doing what she loved. Still, it was a while before the seeds of entrepreneurship fully took root.

While Carolina got her B.A. in Mathematics from Kean University and followed that up with her secondary education teaching certification, she continued to teach dance on the side. She eventually decided to take the leap and invest in a dance studio. Her first location was only 600 square feet, and she stayed in that space for about five years before deciding to move to her current 2,400 square foot location on Central Avenue in Jersey City, which she also uses to host events.

Things were going well until the pandemic hit. Her students dropped from 120 in person to 30 students virtually. In her words, she was “freaking out.” So she started taking weekly seminars to figure out how to stay afloat. Somewhere along the way, she heard about UCEDC’s Crisis Relief Loan program. She qualified for the $15,000 loan, which helped her to cover the rent of her current space.

Unfortunately, the challenges haven’t ended for Carolina. Though she’s created a healthy dance community in a location that needs her, new development is underway. Carolina Rosa Arts Academy will need to relocate within the next two years. But Carolina’s positivity and determination can’t be understated, she’s already started looking for a new place, and it’s clear she won’t let anything get in the way of her success.